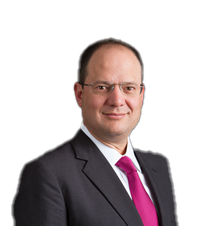 Mr. Zamora is a litigator and leads the firm’s Commercial Litigation and Commercial and Investment Arbitration practice. He has appeared before local and federal trial and appellate courts in most circuits in Mexico, including the Supreme Court, representing both plaintiffs and defendants. He has also participated in dozens of arbitrations, many of them multi-jurisdictional, both as counsel and as arbitrator, mainly before the International Chamber of Commerce, the London Court of International Arbitration and the International Centre for Dispute Resolution.

Mr. Zamora has participated as an expert in Mexican law in numerous arbitrations and judicial proceedings before the courts of the United States and other nations and before arbitral tribunals (including in investor-state cases).

His clientele includes some of the world’s largest financial institutions, pharmaceutical companies, private funds, and most of the companies in Mexico’s energy and infrastructure sectors and he has led the legal team in several litigations against Mexican government entities, including state-owned enterprises from the energy sector.