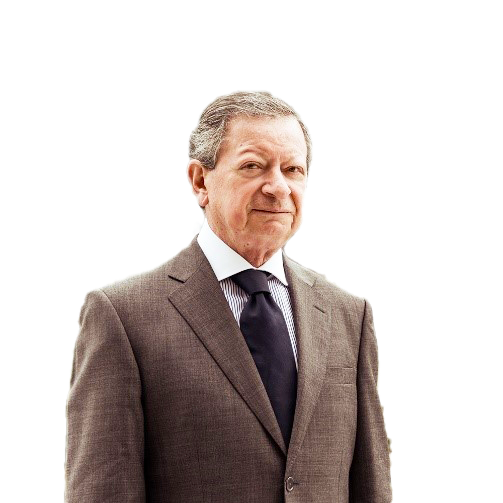 Francisco Rosales focuses on corporate law in the areas of Competition, Tax and Intellectual Property law for local and international clients. He represents clients in industries such as aeronautics, distribution and services, energy and natural resources, food and beverage, infrastructure and construction, financial institutions, insurance, pharma, retail, and TMT.

Mr. Rosales has chaired and served as a member of the boards of several banks and industrial, commercial and insurance companies of Quito, Guayaquil and Cuenca, through which he has acquired direct knowledge of the main problems that companies face and their solution alternatives.
He was the Minister of Industries, Trade and Integration. In that capacity, he chaired the Cartagena Agreement Commission, the current Andean Community of Nations and the board of the Andean Development Corporation. During the 1980s, Mr. Rosales was a member of the Monetary Board – at that time the highest economic body – appointed by the industrial, commercial and agricultural sectors of the Sierra of Ecuador.

Mr. Rosales actively participates in the publication of articles for local and international media and is part of editorial teams of prestigious Ecuadorian newspapers such as El Comercio and El Hoy. In their weekly columns, he addresses political, economic and international issues. In 2016 he published the book Repaso, which is a collection of 215 of the 1352 published articles during the last 36 years of his career.

He has been recognized by legal directories such as: Chambers and Partners, Latin Lawyer, LACCA, Legal 500, among others.